Get fresh music recommendations delivered to your inbox every Friday.
We've updated our Terms of Use. You can review the changes here.

The Knowledge of Things To Come 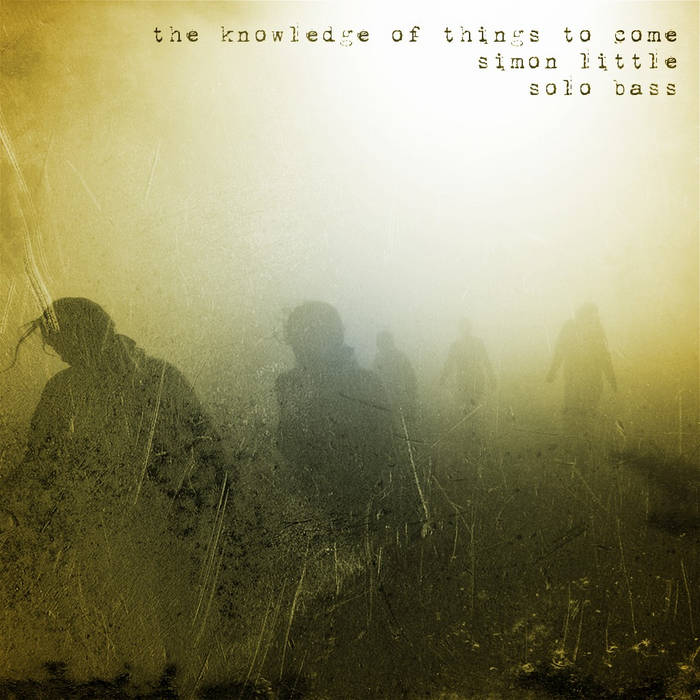 The Knowledge of Things To Come is my second solo album, and marks the continuation of my experimentation with live looping technology and ambient music.
Each track is a live improvisation using the Looperlative LP1, a Line 6 Pod X3 Pro and my trusty Warwick Thumb VI.
Don't forget to check out the Rejectamenta EP to hear five additional tracks from the Knowledge sessions.
And like the Rejectamenta EP, the music is presented here in high quality 24 bit files, which is better than CD quality. You can also buy the album on iTunes and Amazon, but you'll only find the hi-res version here...
Hope you like it x

"Little presents a series of atmospheres, a selection of airs for us to inhale. They do not take us to extreme places: there is a tang of melancholy, but there is also a sense of purposeful movement. The experience of listening is highly rewarding, for the continual sonic transformations, and the ongoing flow of ideas, as well as for the moods he creates. The Knowledge Of Things To Come is the work of a thoughtful and very creative musician, and one who shows signs of development and growth with every new release." Oliver Arditi, eBurban.com

"Aside from his regular bass guitar duties, Simon is known as a forward thinking, progressive musician within experimental/improvisational music circles.
The way the album was recorded both scares and excites me... Ambitious. Some would say brave. Others would say genius." Sam Davis, Guitar Jar

"'The Music of Chance' kicks off the program with a very tight, funky groove which would not be out of place on an Isley Brothers record. Two tracks later, 'Go Quietly Now...' does just that, bringing down the pace but not the passion—several lovely solo measures merit close attention. This is pretty much the pattern for the remainder of the set, with a mix of up-tempo riffs interspersed with searching, ambient excursions.
Many of the tracks or individual passages thereof lend themselves to visual interpretation. Some of the melodies evoke a sense of Mike Post on psychedelics, and would perhaps be right at home as the theme of a '70s television police drama. Other moments conjure fractals, inner and outer space, and other abstractions." Lawrence Peryer, AllAboutJazz.com

"Simon has lately been working intensively with live loops, a technique that he pretty much perfected in his new album, with incredible amounts of feeling, rhythm and sense of melody. Each sound, each note, every rhythmic phrase was created on the bass... The album shows many tonalities and sound facets of this unique instrument" Daniel Dürbeck, warwick.de

Simon Little is a session bassist from London. Best known for his work with The Divine Comedy, Duke Special, The Duckworth Lewis Method & Clare Teal, Simon has released several albums as a soloist. The new trio album Foreground Music Vol. I with Jez Carr & Mike Haughton was released in December 2012. ... more